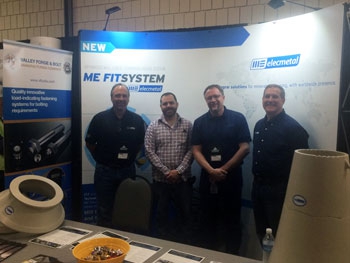 The 30th Anniversary of the Elko Mining Expo was held in beautiful Elko, Nevada the first week of June. While we saw a smaller attendance level than in past years, we were happy to attend and support the industry at our booth with ME Elecmetal. 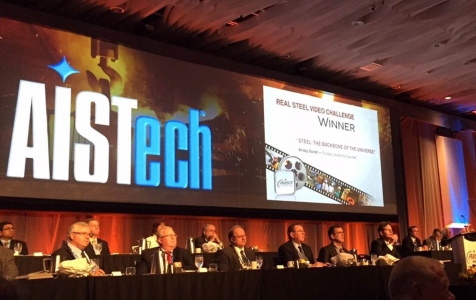 Demonstrating SPC4™ Load Indicating Technology and Ball Lock Washers using an A105/SA105 300 series weld neck flange, we showed the effects of “cross-talk” and how it affects joint tension on the adjacent and opposing fasteners in the 8 bolt assembly to a myriad of steel industry folks. From executives and engineers to superintendents, maintenance managers and millwrights, all were impressed by the Valley Forge products. 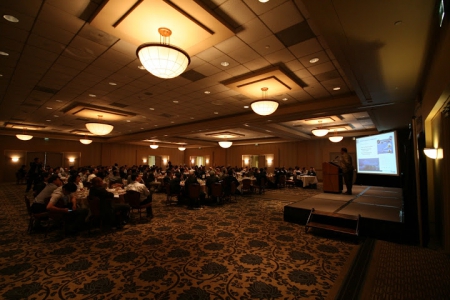 VFB once again sponsored the KOEA annual meeting and dinner held in May at the Sheraton Brookhollow in Houston. This year’s event featured speakers from Shell Oil, Hyundai, Samsung and Wood Group Kenny. With hundreds of offshore engineers the event offers an opportunity to learn about current and future oil and gas projects as well as the ability to talk and network with like-minded industry professionals. Anyone interested in joining can visit http://www.koea.co/content/membership.html.

VFB has exhibited at OTC since 1998 and watched the conference grow steadily to the premier show that it is today. With over 4000 vendors and nearly 100,000 attendees this year’s show highlighted advanced technologies in subsea oil and gas. VFB designs and manufactures a variety of products specifically for subsea applications. Ask us about your requirement today.

Glenn and Michele attended the Institute of Scrap Recycling (ISRI) show in Vancouver in April. Customers that visited our booth included Harris Waste, Wendt Corp., Riverside Engineering, US Shredder, AMSCO, Richmond Steel, Mid City Scrap and Compressed Steel to name a few. The scrap industry is currently slow due to the low cost of steel. When steel is more in demand, prices are higher and scrap becomes more valuable. The beautiful city of Vancouver is like a clean version of Hong Kong, with many hi-rise apartments. Glenn is enjoying the fare – at ISRI they always supply great food and drinks for exhibitors and attendees alike – great seafood was enjoyed by all!

Following on from our first successful appearance in 2014, Bill Denby and Barry Thomas, attended and exhibited at the North Sea Offshore Crane and Lifting Conference in Stavanger, Norway during April. The event was attended by 228 delegates from 19 different countries.

It was a fantastic opportunity for us to meet existing and new clients from the Pedestal Crane community and talk about applications and solutions. We were actually sought out and approached by a number of new prospective clients, with interest in knowing more about our technology which has already resulted in meetings, during and after the event in a number of countries

At the event, Valley Forge launched the new wireless system receiving excellent feedback.  We are excited to be attending the 21st ‘North Sea Offshore Crane and Lifting Conference’ in Aberdeen from April 2016, where we look forward to continuing our consolidation of position within the Offshore Pedestal Crane market.