The latest at Valley Forge & Bolt 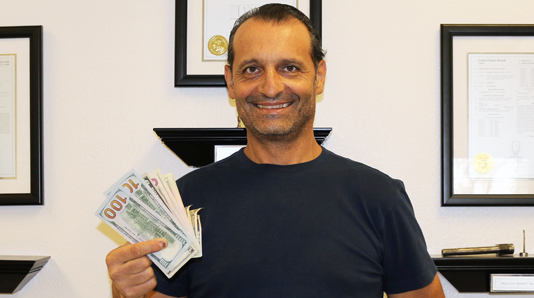 With leisure-time options limited by the new coronavirus, many people are focusing on self-improvement, including eating better and exercising more. To encourage these healthy behaviors, Valley Forge launched a weight loss challenge among employees.

Over the course of eight weeks, 15 Valley Forge staff members participated in the challenge which incorporated weekly weigh-ins. At the end of the challenge period, the person who lost the greatest percentage of their total body mass would win a Grand Prize of cash as well as a voucher for Valley Forge merchandise, called “Byron Bucks.” Byron Bucks, named for our own Byron Harrod, Valley Forge CFO, are, basically, Valley Forge legal tender that can be used toward promotional merchandise like apparel, mugs, etc. The cash prize was based on the $20 entry fee submitted by each participant submitted, as well as a $5 weekly penalty for the entrant with the least number of steps per week. The total cash pot was $340!

With special thanks to Morgan Corona who volunteered (or was “voluntold”) to take charge of the contest, the results speak volumes to her commitment.

Five of the top seven “biggest losers” lost an average of 1.85 percent of their body weight. However, the top two individuals eclipsed that impressive achievement. At No. 2, Dusty Knox [job title] lost 8.17 percent body fat. At No. 1, Marco D’Alonzo [job title] proved he was a real overachiever by losing more than 13.93 percent of his body weight to secure the grand prize.

Past Newsletters
by topic

The latest at Valley Forge & Bolt