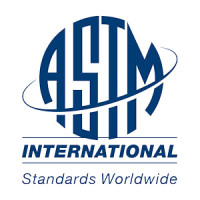 The spring meeting of ASTM F16 took place the first week of May in San Antonio, Texas. F16 meets to review, update and propose new fastener standards. The meetings take place over several days, as F16 is comprised of eleven (11) Subcommittees, plus the main F16 Committee. The Main Committee meeting wraps up the Subcommittee meetings, as each chair reports on the respective meeting activities.  Glenn Snowberger, as a member of F16, was in attendance representing Valley Forge.

As usual much work was accomplished in reviewing and voting on ballot issues pertaining to revising and or eliminating standards.

All changes, revisions or new proposed standards are balloted to the voting committee members. All negative ballots are discussed and voted on before any change can be initiated or any standard can be moved forward and submitted for a Main Ballot vote.

The subject of Hydrogen Embrittlement was a major point of discussion during several of the meetings. As a result of several fastener failures in the Gulf of Mexico, that were initially attributed to Hydrogen Embrittlement and then reversed, it was discovered that there are two (2) existing standards within ASTM covering Zinc Electroplating Plating that are not in agreement on the issue of at what hardness should fasteners be baked after plating. The standards are F1941 and B633, which are under the jurisdiction of two (2) separate committees, F16 Fasteners and B08 Metallic & Inorganic Coatings.

This difference is of major importance and cannot be left to exist. API ( American Petroleum Institute) and ASTM A01 have joined together in a request to have the two (2) committees find a common ground and resolved this disparity. It must be noted that B633 was changed in 2007 to require baking at hardness of RC 32 and above. Prior to 2007 it was in agreement with F1941. There are questions as to what brought about this change and what supporting studies and testing are available to support this change by B08.