MAKING GOLD MINING A DAY AT THE BEACH 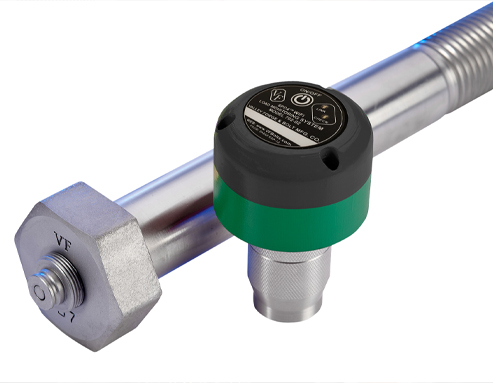 Working at a gold mine isn’t always a day at the beach. In fact, so-called beachmarks are a sign that things are going terribly wrong. Beachmarks are the stress marks visible on grinding mill liner bolts when they fall out of appropriate tension, caused by the constant flexing back and forth in the hole. The appearance of beachmarks is a sign that the bolt is about to fail. Unfortunately, most of the time they aren’t spotted until it’s already too late.

Gold mines, of course, can be incredibly profitable. But the other side of the doubloon is that every hour the mine isn’t running, they are losing hundreds of thousands of dollars. That’s why an increasing number of gold mines are looking to load indicating fasteners to provide an operational advantage by limiting downtime, increasing efficiency, and saving money.

Valley Forge & Bolt offers a number of solutions to keep gold mines (and other mines) operating at peak efficiency.

The grinding mills that smash rock and other material into smaller, more manageable bits are expected to run non-stop and trouble-free for three months at a time. Premature bolt failure, like the kind that begins with beachmarks, brings the mills to a halt. One mining engineer estimates that every six hours spent replacing failed fasteners costs his mine $500,000.

Valley Forge offers a family of products that can streamline the grinding mill reline process by telling maintenance staff exactly when they should begin retorquing after a new fastener installation. It is here that Valley Forge’s SPC4® Load Indicating Fasteners and SPC4® 702 Series Wireless Load Indicating System and Load Data Logging System can offer big savings.

When a small number of SPC4® bolts are strategically placed at high-impact areas within a ball mill at relining, they will monitor actual clamp load from within the joint, which can be read remotely by the 702 meter. By measuring this loss of tension, teams can re-torque at an optimal time instead of relying on guesswork.

Jay Palmer, technical sales engineer for Valley Forge, says mines often have an eye-opening experience when using SPC4® for the first time to gauge retorque time. “As a matter of course, they may wait days or weeks to retorque, believing that is how long it takes for tension loss to occur. Instead, SPC4® often indicates that it usually happens within hours of putting the mill back into service after a reline.”

By retorquing much sooner, these mines achieve optimum tension on the bolts in their grinding mills, help eliminate early beachmarks that can lead to future fastener failure and gain a better position to run their grinding mills for the next three months with no unscheduled stoppages.

Palmer recalls a past grinding mill reline for a customer in which only a dozen of its 580 fasteners needed to be SPC4® to achieve an accurate measurement. The remainder of the fasteners were Valley Forge’s Sealing Mill Ridgeback® liner bolts, which prevent racing caused by leakage of slurry through bolt holes. They eliminate the possibility of point loading at the base of the liner pocket and instead distribute a controlled percentage of load along the entire circumference of the pocket base, preventing self-loosening.

Palmer explains that Valley Forge developed the Sealing Mill Ridgeback® liner bolt to improve the reliability of mill liners and liner bolts specifically in ore grinding mill applications. The fastener, designed with a polymer sealing ring that conforms to the liner bolt pocket, “solved bolting problems that our customers were encountering when liners were installed,” said Palmer. “Each bolt now becomes the perfect mate for the liner pocket.”

The Sealing Mill Ridgeback® technology is patented and has been available since late in 2015.

Palmer cautions that all situations are different, and only usage of SPC4® in each specific condition can indicate exact retorquing periods. “However, once they are installed, a wealth of operational information is now there for the operator,” he says.  “And what is learned informs future mill maintenance schedules, creates operational efficiencies, or reduces mill maintenance costs.”