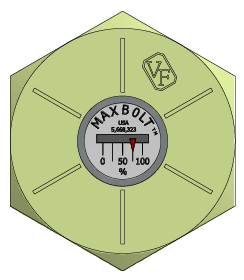 A bracket retrofitted to a rail-car axle. The assembly consisted of four bolted bracket mounts retrofitted to the axle and the bracket then fastened to the mounts. The whole assembly used a quantity of twelve 3/4” and 5/8” Maxbolt, load indicating fasteners.

Field tests were performed by OEM on the Maxbolt load indicating fasteners by gathering data from two brackets bolted onto a right and left, car axle. All twenty four Maxbolt load readings, against rail-car miles traveled during a nine week period.

At this stage the two bolts were tightened back to 75% and the car run for a further 2860 miles when another load check was conducted. 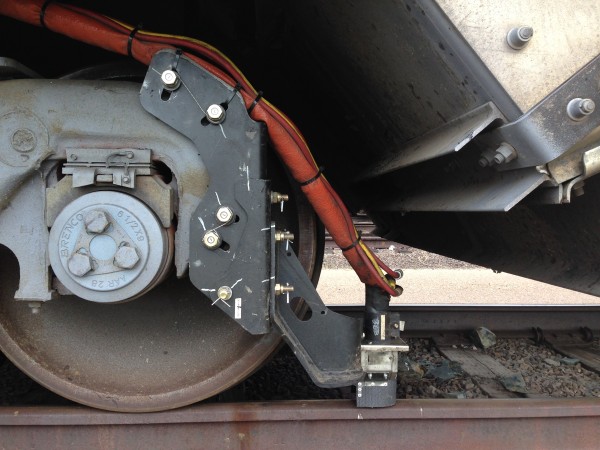 Specifically with this OEM’s railroad bolting assemblies, safety is a first consideration. For this application, Valley Forge’s Load Indicator Technology not only assures this safety with an accurate and instantly readable assembly preload, but also ensures quick maintenance, with no further need for routine re-torquing, other than those individual bolts reading low on the Maxbolt dial. Load indicating bolts are not for all applications but their ability to read accurate bolt load at a glance or during tightening, makes it ideal for this critical bolted assembly. The quantitative clamp load readings displayed for this test, would have been by any other method, difficult and extremely expensive, if not impossible to obtain, without the Valley Forge Maxbolt™ Load Indicating System.