The month of October celebrates Manufacturing Month.  On Friday, October 6th, we celebrated MFG Day at Valley Forge.  We welcomed a variety of students and the public into the shop and had two tours of the facility.  Each group toured the VF shop and had the opportunity to explore and get an in depth view of our advanced ERP System, engineering, drafting and design, large hot-headed forging, heat treat, roll threading, CNC machining and Load Indicating Technology.  We also received a special visit from Todd Boppell, the COO of NAM (National Association of Manufacturers).  Todd helped us to communicate the reason for MFG Day across America, to help dispel the stigma of working in manufacturing.

ABC15 News reporter John Genovese stopped by, filmed one tour and did some great interviews in the shop.  VFB made the news program on Monday, October 9 with the story below.

PHOENIX – A Valley business is hoping to inspire the next generation of manufacturing workers.

“You can learn other skills and still be a valuable member of the community without having a college degree,” said Michele Clarke, CEO of Valley Forge & Bolt.

The company, which employs around 80 people and produces industrial fasteners that are shipped around the world, has been in the Phoenix-area since the 1970s.

“We make a quality product, and we stand by our product,” Clarke said.

Valley Forge is among thousands of manufacturing companies across the country offering tours this month to lure students and young people to the profession.

The National Association of Manufacturers estimates there are 500,000 open manufacturing positions in the U.S. By 2025; they anticipate an additional 3.5-million jobs will be available.

“Two-million of those are going to be unfilled if we don’t do something about the current skills gap that we have,” said NAM COO Todd Boppell.

Jose Molina, a student, was among those taking part in a tour at Valley Forge.

“There’s a lot more to it than meets the eye,” he said.

Clarke told ABC15 the business is now as much about technology as it is manual labor.
“The innovation that this country was created with can’t be lost,” she said. 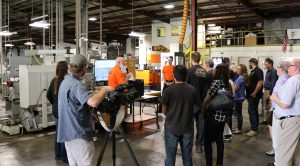 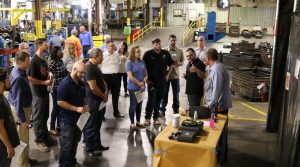 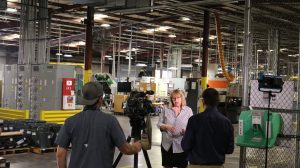 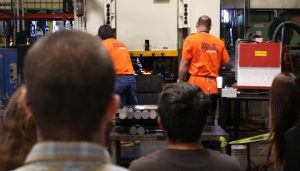