Reprint Courtesy of The American Fastener Journal
| By Rix Quinn |

The year is 1947. The place is Jamalpur, India. Ron Clarke stands at a critical crossroads. His homeland has just become a sovereign country. Ron, just out of high school, is now independent, too. He needs to decide what to do with his long life ahead.

Already interested in engineering, Ron looks around for a place where he can learn more about that profession and get paid at the same time. He didn’t need to look far.

Right there, not far from Ron’s hometown of Agra, stood the Jamalpur Locomotive Workshop, a 93-year-old institution that was to become the largest full-fledged railroad workshop in India.

During its early days of steam power, the facility repaired and assembled locomotives for the East Indian Railway. But by 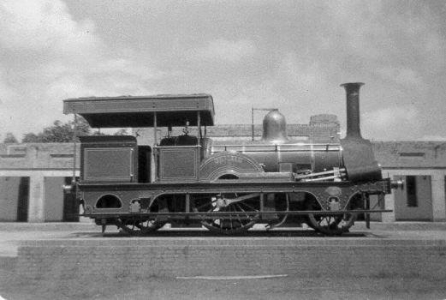 1900, it was producing its own products. The railways became critical to travel throughout India, and by 1947, that industry was enormous.

That’s where Ron went to learn, serving as an apprentice. “In 10 years there, I learned a little bit about every trade,” he said. “Jamalpur manufactured everything except the boiler and the frame.

This extensive hands-on education served him well in his next job.

On to Calcutta, Tiffin and Phoenix

After a decade in Jamalpur, Ron found a job in Calcutta with a company that imported machine tools. Among those imports were bolt makers and forging presses from The National Machinery Company in the United States.

“After some years, National Machinery asked me to work directly for them in America,” Ron said.

That opportunity brought him to this nation’s middle—to Tiffin, Ohio—a move that changed his life completely, in an unexpected way. Ron looked forward to his American employment, and he settled into Tiffin. Everything seemed fine there until winter arrived.

“I was a man from India, from a semi-tropical climate,” Ron said. “I enjoyed my job and the people there. I stayed five years. But the weather? It damn near killed me! I had a friend from India who had started a little heat-treating business in Phoenix. The weather sounded great. I made the move and found a permanent home.”

In Phoenix, one heat-treating company customer indirectly brought Ron to the ­Valley Forge business he would later establish.

“One of our best customers in heat-treating was Karsten Solheim, a grand gentleman who had pioneered the Ping golf putter,” Ron said. “Our business was struggling, so he paid off our loans and bought us out.”

During the gas crunch in the fall of 1974, Ron found a little warehouse where he started Valley Forge. At the time, he was 44 years old. He started with two old forging machines, which he rebuilt, and a couple of ancient gas slot furnaces. He really had almost no financing—only a few hundred dollars.

“At first, we just specialized in forging liner bolts,” Ron said. “We would go to mines and try to sell them bolts. However, they were getting their bolts by the truckload from a major steel company.”

Fortunately for Ron, that steel company got out of the bolt business, and the mines were glad to have a local supplier.

Their product expanded from liner bolts to include special bolts. Ron realized early that he could only survive by making special bolts and providing technical services to customers. His wife Philomena handled the sales and finance while raising three girls and a boy.

In 2014, Valley Forge & Bolt Manufacturing Company is a model of efficiency, quality, and quick response to client needs, providing state-of-the-art fasteners and services. 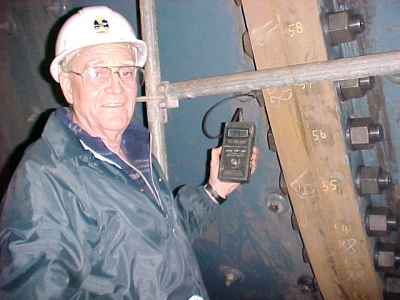 The company provides extensive service and product advice to the oil and gas, construction, mining, and wind industries.

“The patented Ridgeback liner bolt is our major product today,”
Ron said. “The ridges along the taper of the bolt plastically deform during assembly to take the individual shape of the tapered liner seat. A firmly seated bolt creates a solid surface to tighten against, reducing or eliminating the need to retighten bolts. This can save hours of expensive downtime.”

Valley Forge’s Patented Maxbolt load-indicating fasteners also serve all these industries. The product continuously displays the amount of tension in a bolt or stud and comes in various shapes and sizes.

Another featured item in Valley Forge’s current line is the patented SPC4 load-indicating fastener. It allows the user to constantly monitor the clamp load on the bolted joint, whether static or dynamic, by attaching a probe to the datum disc located on one end of the fastener and reading the value on a handheld, battery-powered digital monitor.

“The future in the fastener industry is bright,” Ron said. “We will see much more load-indicating and remote bolt load monitoring. The future also includes the use of exotic materials and a major shift to smaller diameter, higher strength fasteners. Right now, we’re also looking into special glues and jointing. The industry is changing quickly and growing.”

For the last 67 years, Ron Clarke’s ability to adapt—creating new products for growing markets—has built his reputation as a skilled engineer, innovative thinker and industry leader.