ASTM International is an organization that develops and publishes consensus technical standards for 12,000 plus materials, products, systems and services. Within the many technical committees there is a specific section devoted to fasteners called the F16 Committee on Fasteners. Valley Forge has been a contributing and voting member of ASTM since 2000.

When you see a fastener with a grade identification marking, such as “BC” or “BD”, have you ever thought about what it refers to? These markings signify that the fastener has been manufactured and complies with a specific technical standard, in this case ASTM A354.

In 2002, Valley Forge recognized the importance of having a consensus standard detailing the requirements for Load Indicating Fasteners (LIFs), both the MAXBOLT™ and SPC4™. We then approached the ASTM subcommittee, F16-02, for steel bolts, nuts, rivets and washers, with a proposal to develop this standard. After discussion within the committee it was determined that a Work Task Group would be formed to develop the standard. After two (2) years and several ballots, a standard was presented to F16 for acceptance which resulted in the publication of ASTM F2482, Standard Specification for Load-Indicating Externally Threaded Fasteners.

With the publication of the standard, several companies have approached F16-02, proposing that their product be included in the specification. In the case of RotoBolt®, following discussion and comments over several committee meetings, it was determined that a Work Task Group be formed to develop a new standard. The rationale for this was that the product was an attribute (Go/No Go) type of system not offering a true measurement of bolt tension. This product informs the user, through a “finger test” method, that design tension has been reached. Subsequently, a Work Task Group was formed and work began on the standard, however, after a period of time the work was abandoned. RotoBolt® withdrew from the effort, resulting in the Work Task Group being disbanded and the Work Item Number being closed.

In 2013 the F16-02 subcommittee was approached by Stress Indicators, Inc. to ask for the opportunity to have their SmartBolt® fasteners included in ASTM F2482 standard. A presentation followed that detailed the product and how it enables the user to determine that the proper bolt tension has been achieved.

The discussions that followed centered on the question of, “Does the product measure bolt tension?” SmartBolt® was promoting the idea that the change in color is a measuring tool. There were many opinions that this product was also an attribute (Go/No Go) type of system, since the product provided a visual indication of tension being achieved. There was however a decision by the committee to assign a Work Item number and form a Work Task Group so as to move towards possible inclusion in F2482. This represented a major change in direction by F16-02, which we will explain later.

Work on the proposed changes or additions to the standard were completed and the proposal was submitted for a ballot which closed on January 20, 2014. At the May 2014 F16-02 meeting, the ballot results were presented with the negative votes being found to be persuasive. This then required that the ballot be revised or amended and then re-balloted. At the November 2014 subcommittee meeting, Stress Indicators, Inc. expressed their continuing interest in pursuing inclusion of their product in the standard. At the May 2015 meeting it was announced that the SmartBolt® work item had been withdrawn and was no longer on a ballot. 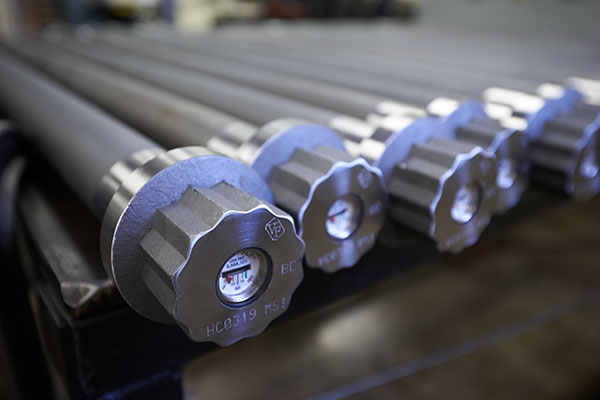 Now as Paul Harvey said here is “the rest of the story”. You have to wonder why F16-02 would move ahead to consider inclusion of an attribute type product into a standard that clearly specifies measuring capabilities? ASTM F16 has looked at and determined that due to the large number of standards that are in publication, many of which are similar, they would attempt to combine standards wherever possible when they are subject to review. This is similar to the earlier movement to have inch and metric products covered in one (1) standard. This direction will clearly be shown with the publication of ASTM F3125 Specification for High Strength Structural Bolts, Steel and Alloy Steel in 2016. This is the inclusion in one (1) specification of ASTM A325/A325M and ASTM A490/A490M.

Because of the directional change by ASTM toward reducing and combining standards it is possible that in the future an attribute (Go/No Go) type of system for indicating fastener tension will be included in the ASTM F2482 specification. Valley Forge will continue to work to see that if this does come to be, the standard will have clear and precise distinctions showing the two (2) types of products. We will clearly advocate for the total separation within the standard so as to protect against anyone concluding that the two (2) types of products are the same and therefore equal, which they are not.