Hedgerow Consulting is a British company representing Valley Forge & Bolt in Europe with Barry Thomas at the helm.  Barry serves as Valley Forge’s European Outlet and allows us to reach more customers across the pond and have more ability to solve bolting issues worldwide.

Barry has been bolting things together since 1972, when at 16 years old, he began a 5 year Mechanical Engineering Apprenticeship – he has been in the Oil and Gas Industry since 1977, hence this is his 40th year of specific oil and gas industry experience. Since 1988 he has specialized in sales to oil, gas and petrochemical industries across the upstream, midstream and downstream sectors, specifically to senior levels of operators, and EPC companies at design, engineering and operational levels.  Whilst a large proportion and his experience is Oil and Gas he would be the first to say, “A bolted joint is a bolted joint whether metal to metal or with a gasket.”

In terms of Valley Forge’s patented load indicating fasteners, Barry’s experience in this specialty dates back to 1994.  Barry has travelled globally on behalf of Valley Forge, and over the last 20 years he has worked all seven continents from Brazil north to Alaska and south east to New South Wales, then north to Sakhalin Island. He certainly has some stories to tell, so much so his children refer to him as “Uncle Albert” after the famous character in the British comedy TV series “Only Fools and Horses” – though it’s unclear if Barry was on any ships when they sank?

Typical applications Barry has had involvement with are critical bolted joints whether mechanical, structural or pressure containment……

Barry does have considerable experience in other industries such as 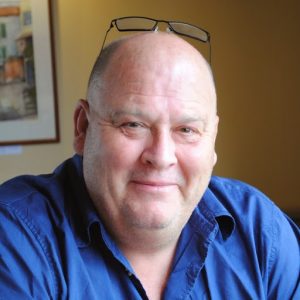 According to Barry, “load indicating bolting is an application rather than a commodity, therefore, we at Valley Forge pride ourselves in being both a bolt manufacturer and the technology leader.  By understanding what bolted joint problems our clients have, we can then understand how to solve the problem. Clients have problems we solve, BUT we need to know exactly what that problem is.  We also recognize a client’s need for us to be very adaptable.”  Successful solutions means clients improve their “Best Practice” and one immediate benefit of that is greater reliability which will free up man hours.