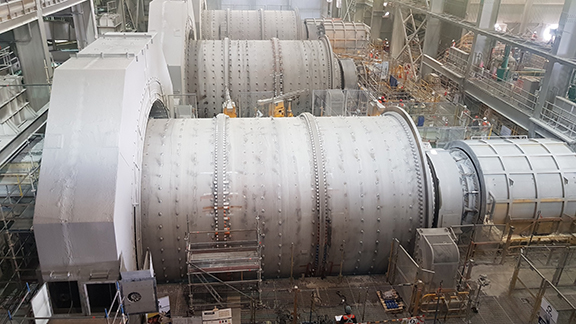 Protorq is among Chile’s leading bolt maintenance companies, growing its business since 1995 in performing changeouts for shell liner bolts in mining applications and hydraulic tensioning for flange joints. Protorq’s executive director, Carlos Recart, understands the value of always knowing the tension of critical bolted joints, and he knows how to achieve it: with the proprietary SPC4™ Load Indicating System and Maxbolt™ Load Indicating Fastener System, both from Valley Forge & Bolt.

“What really matters on any critical bolted joint is the bolt’s tension rather than torque,” said Recart. “This isn’t just in mining; it’s also true of power generation, petrochemicals, refineries, and other industries. Proper bolt tension is where we must put our focus.”

Twenty years ago at the Expomin Mining Show in Santiago, Chile, Recart’s path crossed with that of Bret Halley, CEO of Valley Forge & Bolt. The Phoenix-based bolt maker is a pioneer in the manufacture of load indicating fasteners. These bolt and studs contain technology that measures the actual tension within a bolt and displays the information via built-in gauge, hand-held external meter, or Wi-Fi-enabled remote meter.

From the moment the two men met, Recart knew Valley Forge was onto something. “As I started to learn about what Valley Forge was doing with load indicating fasteners, I knew that I needed to work with them. And now it’s a long-standing relationship,” said Recart.

Recart recalls an early example of how Valley Forge’s load indicating fasteners helped one of his mining customers. It involved bolts that were continually breaking in one of the mine’s ball mills. The consequence was monthly work stoppages to allow for replacement of 10 bolts, always in the same positions. 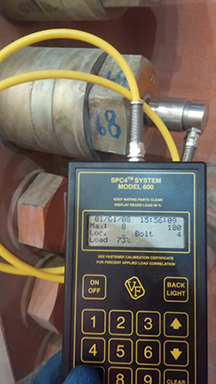 Downtime in mining, as in many other industries, is extraordinarily expensive. Each instance can easily cost tens of thousands of dollars in lost production. Recart suspected the mine workers had not been achieving the appropriate clamp load for the bolts in that area of the ball mill, because they had been relying on torque, not tension, as an indicator.

Recart’s solution was to replace the bolts in the suspect joints with Valley Forge’s SPC4 Load Indicating Fasteners, which directly measure the actual tension inside the bolt. The information is read using an external hand-held meter that digitally displays the fastener load as a percentage of yield from zero to 100. SPC4 bolts are accurate to within +/-5%, whereas torque-based tightening methods are only +/-20% accurate at achieving appropriate clamp load, a stunning range of 40%.

With SPC4 technology, users simply quick-connect the hand-held meter’s probe to the end of the SPC4 bolt and tighten until achieving the desired tension, with the ability to save the data by pushing just one button. After installation, it’s just as easy to check tension. Snap on the probe and read the display. If the bolt is out of tension, tighten it until proper tension is achieved. If it’s already at the proper tension, leave it alone.

“Using SPC4 from Valley Forge, we were able to show the customer that they had been just torqueing the bolts and not considering any variables that can affect the torqueing process,” said Recart. “They were not achieving the needed clamp load, which lead to bolts breaking because of fatigue.”

Once the customer started using SPC4, relying on its display to tighten the bolts to the correct tension, those previously problematic joints did not fail. Plus, the mine now had valuable information about what amount of tension constituted appropriate clamp load for the application.

“It’s a small example of how load indicating fasteners from Valley Forge are, by far, the easiest way to solve any critical bolted joint issue,” said Recart. “They have the answer for any kind of bolted joint, in any kind of industry, and put it at your fingertips. That’s everything. What else we could ask for?”